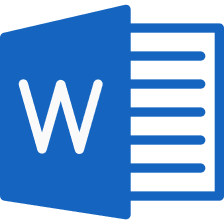 A must have for every Beverage Manager, This extensive Encyclopaedia guides you
Through all the various stages and sections of international wine aspect.
Topics are: wine making, from grape to glass, basic styles of wine, wine glossary, wine tasting, temperature for serving, alcohol content, wine & health, decanting, methode
Champenoise, fortified wine, wine service, wine cellar.

2. From Grape To Glass

9. Wine And Temperature For Serving

14. Champagne By The Bottle

Of the three colors of wine, white is the simplest of all to make , precisely because it has no color. When the ripe grapes are harvested, they are brought to the winery

And immediately de-stemmed and crushed to extract the first (and best) juice from them. After that, they are likely to be treated to a slightly heavier pressing and then the juice is separated off from all the solid matter, such as skins, pips, leaves, etc.

The juice must be stored at low temperatures, to minimize the risk of spoilage through oxidation. While standing, any remaining minute, solid particles settle to the bottom and thus clarify the juice; the process can be speeded up artificially by subjecting it to centrifugal force. The fermentation of white wine takes place at much lower temperatures than that of reds, typically around 12-18°C/54-64° F, which means that it tends to be a fairly slow process.

At some stage, the wine maybe be encouraged to undergo a secondary type of fermentation to the sort that turns grape juice into alcohol, this is called the “malolactic fermentation”, and is useful for converting hard-tasting malic acid, with which grape juice is naturally abundant, into softer, creamier lactic acid.

Some white wines are better off with a noticeable bite to them, and for those the winemaker will take positive steps to avoid a malolactic fermentation, usually by keeping the temperature low.

The final decision is whether to bottle the wine as it is, or give it a period of aging in oak barrels, which adds spiciness and richness to the finished product. If so the wine may well be left on its lees (fermentation sediments) to acquire extra character, and a periodic stirring up of the settled gunge with a wooden paddle helps to maximize the effect. Before bottling the wine is generally subjected to a final filtration to ensure that it is absolutely bright and clear, but this has become a contentious issue in recent years, with some authorities feeling that it strips the wine of to much of its character

Making red wine is a more complicated process in that the grape juice has to be dyed. The skins of the grapes may be red (or deep purple) but their juice is as colorless as that of white grapes. The color has therefore to be put into the wine by leaching it out of the skins.

When the grapes have to been de-stemmed as well and crushed, and perhaps pressed as well, the mass of smashed skins and pips is left sitting in the juice. A period of cold soaking before the fermentation begins, is now common practice.
It is thought to emphasize the wine’s fruitiness and to encourage the development of good ripe, fruit tannin which, which together with acidity, will give the wine the structure to age well.

Red wine is fermented at higher temperatures than white wine: generally in the 25-30°C /
77-86°F range, although some reds are allowed to go higher than this. The mass of skins, known as pomance, is left in the fermenting juice. Of course its not doing any good merely floating on the surface, and so either the pomance is punched down manually a couple of times a day, or a device is used that pumps wine from the bottom of the vat over the floating cap of skins to give the fermenting juice the benefit of it.

Malolactic fermentation is automatically carried out for the vast majority of red wines.

After the fermentation the wine may be allow a further few days of sitting in contact with the skins, before they are removed and the wine transferred to its maturation vessel. This can be either stainless steel or oak,

as in the case of white wine. Premium reds may be kept for a year or more in barrels in the wine cellar, during the course of which they may pick up more tannin (of a different kind, this time from the wood) and undergo a very gentle process of oxygenation. Some reds are meant to be aged by the buyer, others as the Spanish Riserva quality reds, have been aged and are intended to be drunk on release.

Grapes of importance in their homeland but with international reputations:

Rose wine is basically a partially made red. It achieves its pale tint by virtue
Of the fact that the skins of the red grapes are only allowed a short maceration

In the juice (usually) less than 24 hours before being removed. Some pink wine is made as an off-cut of a serious red, in that a little of the juice is siphoned off after the maceration has begun, with the rest going on to turn into
Fully fledged red.

In the case of pink Champagne, a kind of cheat’s approach has been sanctioned by the French wine authorities. The color is attained by simply adding a slug of ready-made red wine to the finished white. If that sounds a little sloppy for the product as illustrious as champagne, rest assured that it is
Preferable to the coloring materials that were resorted to in the 19th century.

The alternative method is to allow a short maceration period on the skins. Such as wine is said to have been saignee, or bled, but the technique is used for only about 2% of all pink champagne on the market. Although those who use it dispute the fact, the taste is essentially the same.

2. From Grape To Glass

• Barberra
A widely planted, wild-berryish Italian variety, at its best in Piedmont, where it is increasingly successful in blends with Nebbiolo and Cabernet. Also good in Argentina, California and Australia.

• Cabernet Sauvignon
King of the Medoc and Graves ( in blends with Merlot ) and top reds from the New World, especially California, Chile and Australia. Eastern Europe and southern France ( Vin de pays ) have good value examples, and Spain is rapidly climbing aboard ( in the Penedes and Navarra ).The hallmark to look for is blackcurrant, though unripe versions taste like weeds and bell peppers. There are also great Italian Cabernets. Good New World Cabernets can smell and taste like fresh mint, but like the best Bordeaux, develop a rich, leathery “cigar box” charcter.

• Carmenere
A peppery-berryish grape once grown in Bordeaux
And now almost only found in Chile and Italy. ( Ca del Bosco )

• Grenache / Garnacha
Freshly ground black pepper is the distinguishing flavour here, sometimes with the fruity tang of sweets. At home in Cotes du Rhone and Chateauneuf-du-Pape, it is also used in Spain
( as Garnacha ) in blends with Tempranillo. There are good “bush” examples from Australia.

• Malbec
Another peppery Bordeaux refugee, used in France ( for Cahors ) the Loire and Italy where it generally produces dull stuff. It shines however in Argentina and is finding a new home in Chile and
Australia.

• Nebbiolo / Spanna
The red wine grape of Barolo and Barbaresco in
Piedmont now, thanks to modern winemaking,
Increasingly reveals a lovely cherry and rosepetal
Character, often with the sweet vanilla of new oak
Casks. Lesser examples for earlier drinking tend to be labeled as “Spanna”.

• Merlot
The most widely planted variety in Bordeaux and the subject of (enthusiastic over – ) planting in California. In Bordeaux, where in some vintages it performs better than Cabernet Sauvignon, it is at its best in Pomerol, where wines can taste of ripe plums and spice, and in St. Emilion, where the least successful wines show the Merlot’s less lovable dull and earthy character. Wherever it is made, the naturally thin-skinned Merlot should produce softer, less tannic wines than Cabernet Sauvignon ( though some California examples seem to contradict this )

• Pinot Noir
The wild-rapherryish, plumy and liquoricey grape of red burgundy is also a major component of white and pink Champagne. It makes red and pink Sancerre, as well as light reds in Alsace and Germany (where it Is called “Spaetburgunder” ). Italy makes a few good
Examples but for the best modern efforts look to California, Oregon, Australia, Chile, South Africa and especially New Zealand (Martinborough , Felton Road ).

Be the first to review “8.02 Wine Encyclopaedia, 43 pages” Cancel reply